A History
of Great Taste

During the first years of the Great Depression, Krystal was founded in Chattanooga, Tennessee, by Rody Davenport Jr. and partner J. Glenn Sherrill. Davenport's wife, Mary, came up with the restaurant's name after noticing how clean a crystal ball lawn ornament was. Davenport and Sherrill were sticklers for cleanliness, so "crystal clean" or "clean as a crystal" came to mind. The original restaurant cost $5,000 and consisted of a 25-by-10 foot building. 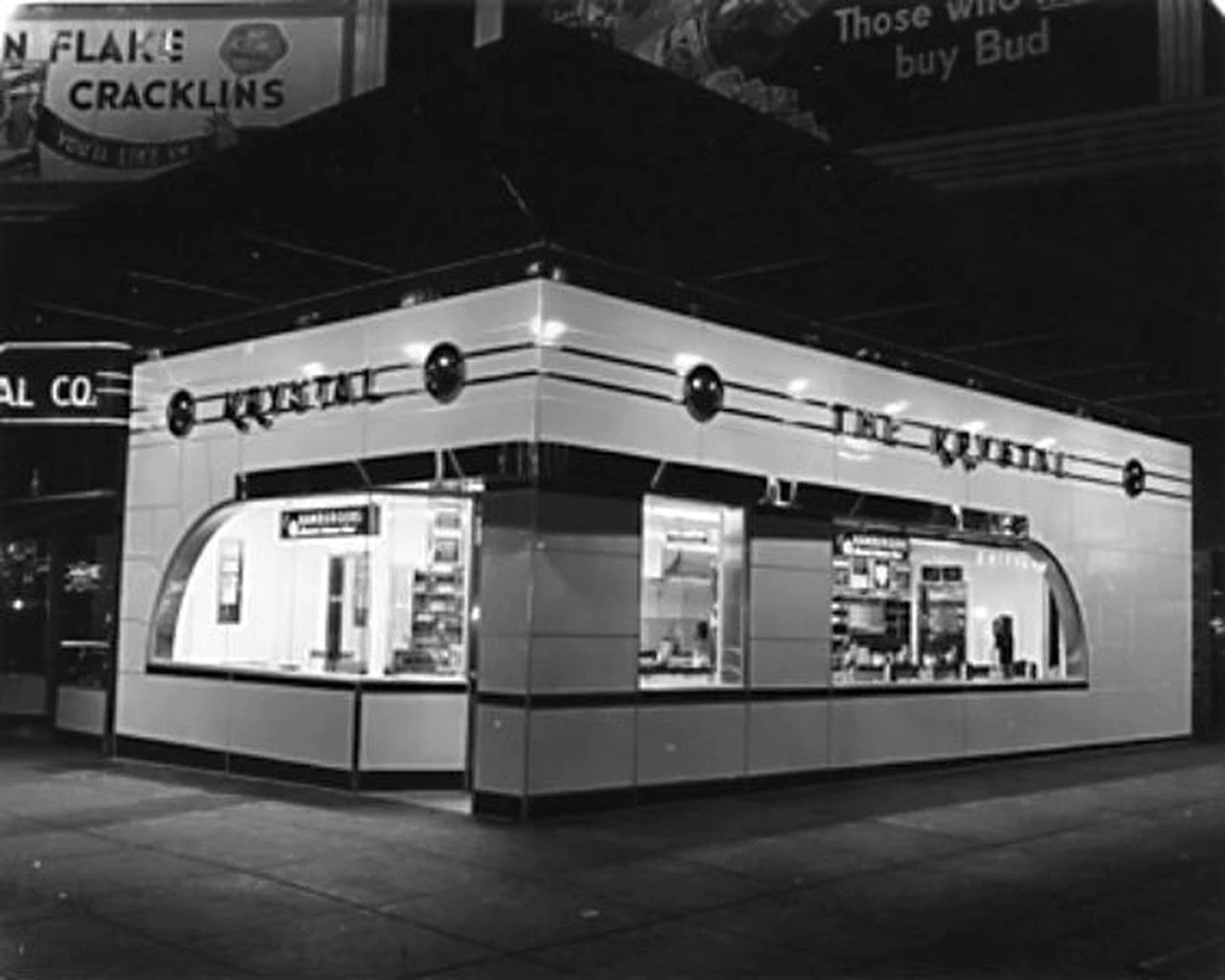 The Order That Started It All

The first order ever placed at Krystal was for six "Krystal" hamburgers and a cup of coffee for 35 cents. 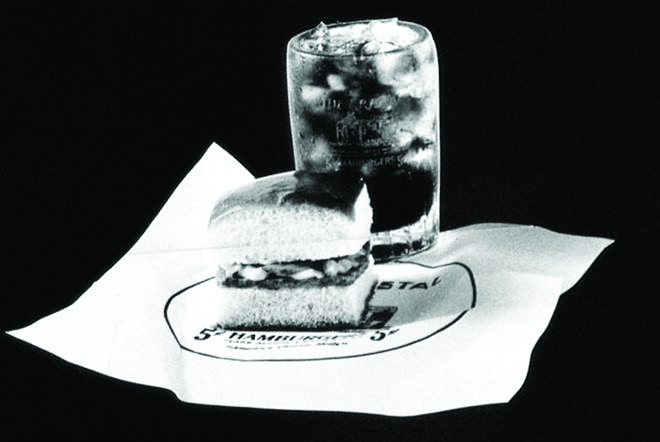 The first issue of the Krystal Gazer was published in our employees' interest and their achievements in the Food Serving Profession and to promote a better understanding of Krystal's aims and purposes in all of their locations. The publication was in service for 60 years! 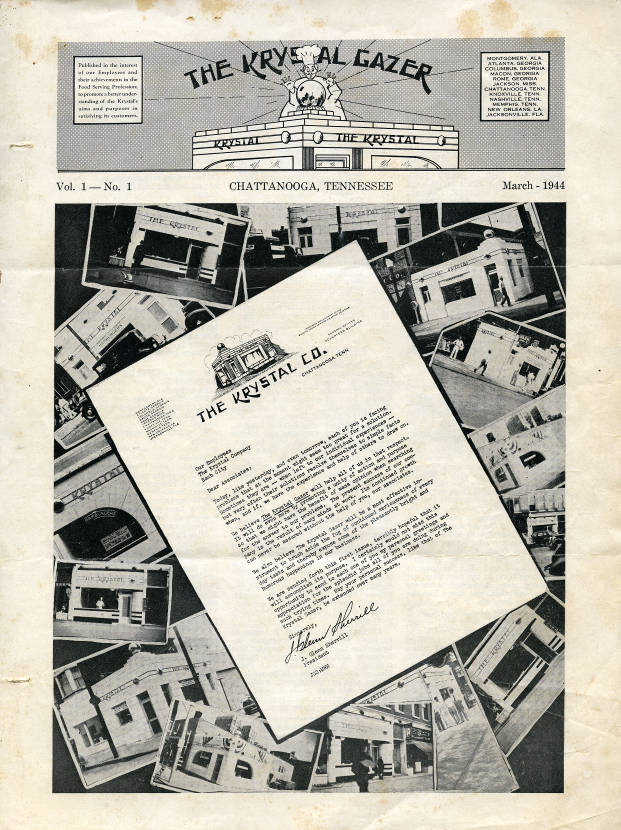 The King Started His Career With Krystal

Renowned DJ “Daddy-O” Dewey Phillips gave Elvis Presley, the future King radio, his first air time. After his first broadcast, Daddy-O and Elvis ordered a hundred sliders from the downtown Krystal restaurant for pickup, and an hour later, a crowd arrived to see Elvis, and they handed out all 100 sliders to his new fans. 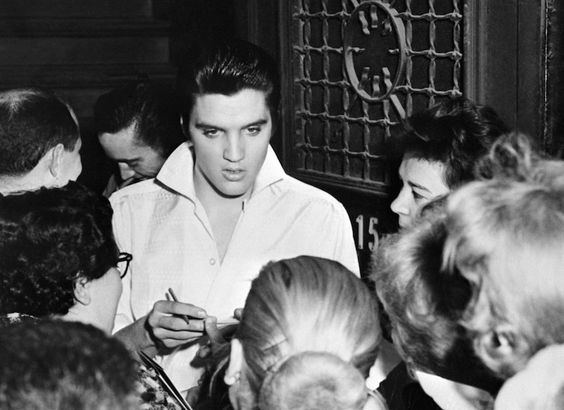 Take The Thunder Bird For Krystals

Krystal opens up its very first drive-thru letting customers get their food and where they're going even faster. 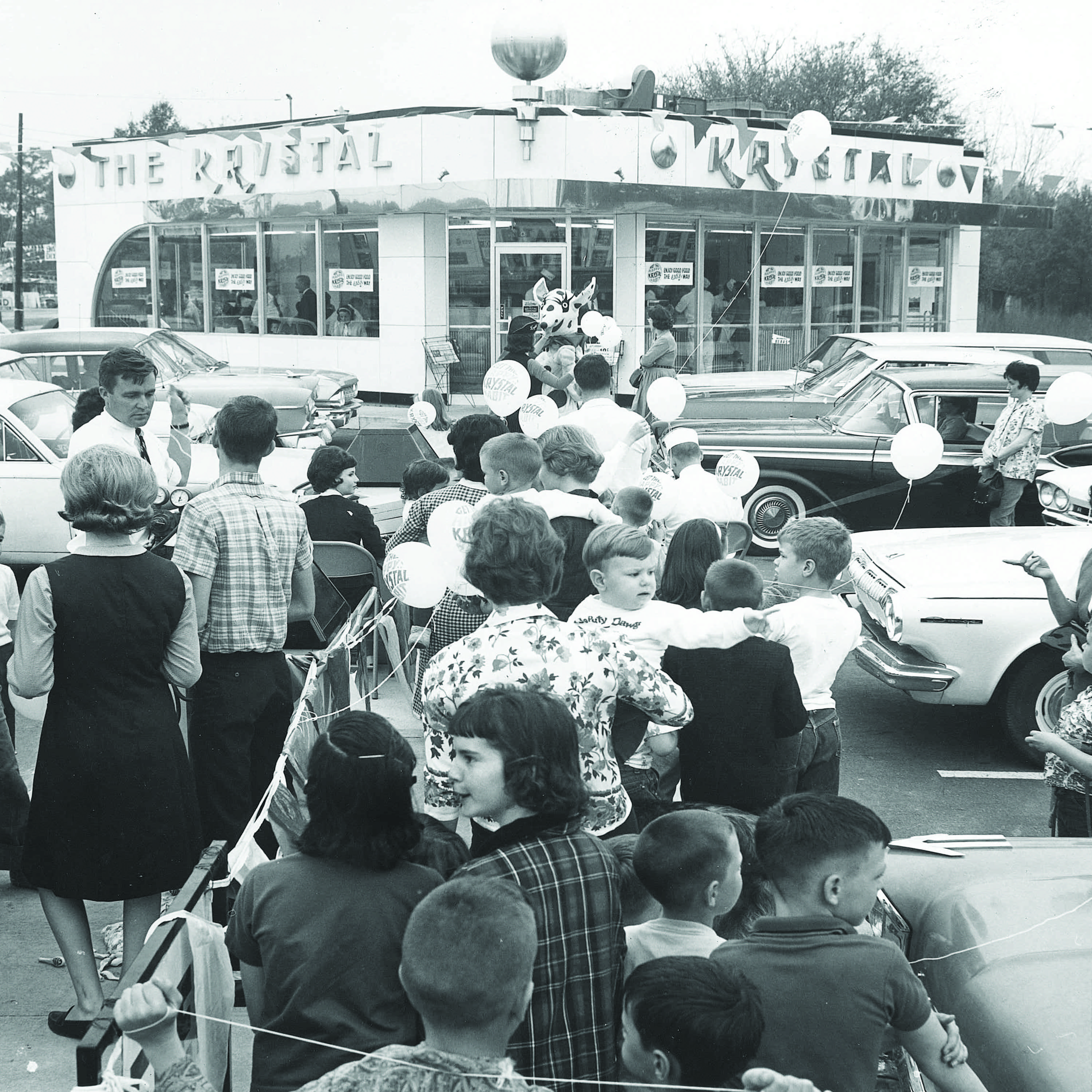 Krystal Takes On Another Southern Favorite

The first three Krystal Fried Chicken restaurants opened up in Chattanooga, Tennessee. The units featured a country kitchen interior and were loved in numerous Krystal cities. This issue of The Gazer features a sketch of the interior of the new attractive units. 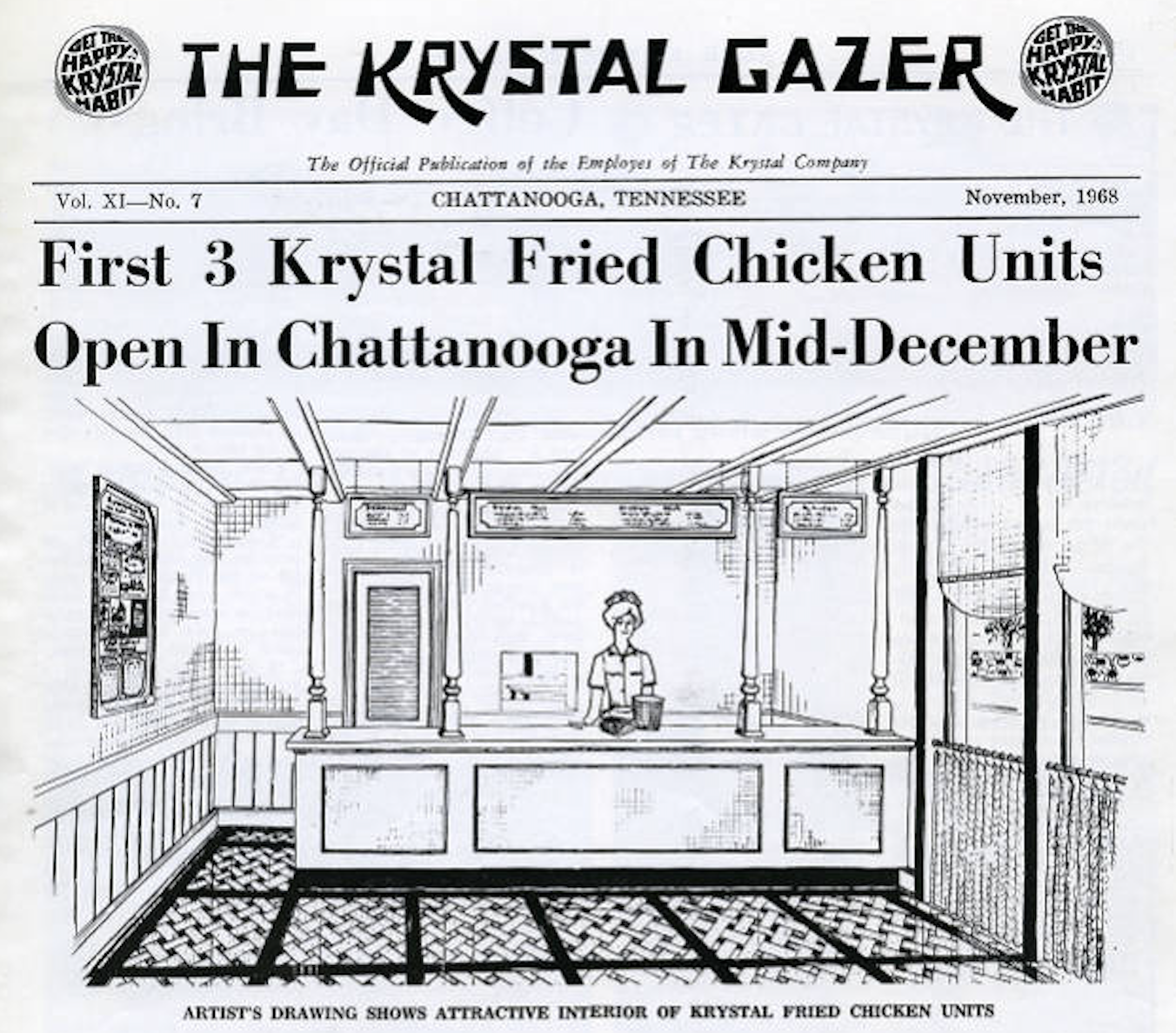 Georgia Gov. Jimmy Carter became the first Atlanta Braves fan to sign a banner presented to Braves' star Hank Aaron on Krystal Banner Day June 9. Some 100,000 additional signatures were added to that of the governor to fill out the banner. Witnessing the ceremony are Hilton Drury, district manager of Krystal District II; Chief Noc-a-Homa from the Atlanta Braves, and the Krystal Kritter. 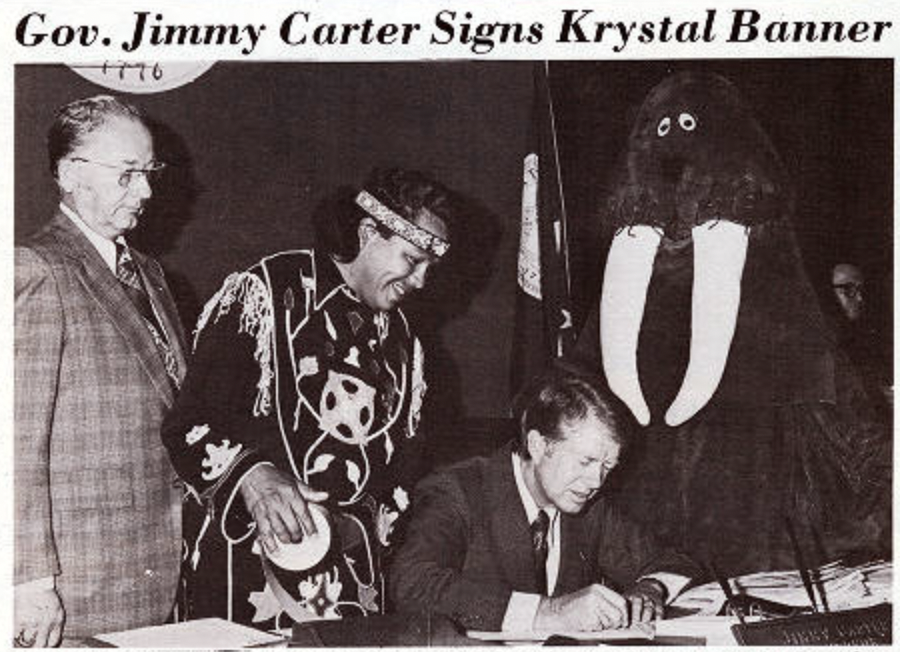 A Young Samuel L. Jackson Was A Krystal Star

Samuel L. Jackson starred in a Krystal commercial when he was first starting his career. Watch one of your favorite actors at their very beginning.

President Regan Has Krystal Delivered to Air Force One

While visiting Chattanooga in 1987 to deliver a High School graduation commencement speech, President Regan's staff called on Krystal for an extraordinary mission. The President was craving Krystal and needed 120 cheese Krystals, 40 regular fries, and 35 shakes delivered before the President's plane before take-off. When the nation called, District Manager Ray Proffit and Area Manager Tim McDonald picked up buns, mustard, pickles, onions, two portable grills and headed to the airport with a police escort. Krystal grills were set up next to Air Force One, and the team got to cooking. Mark Weed and Micky Parsons cooked, prepared, and wrapped the Krystals while Gail Cunningham and Doug Crockett prepared french fries in the airport kitchen. After going through metal detectors and a full security check. The Krystal team delivered hot steamy Krystals to the Secret Service standing outside Air Force One. 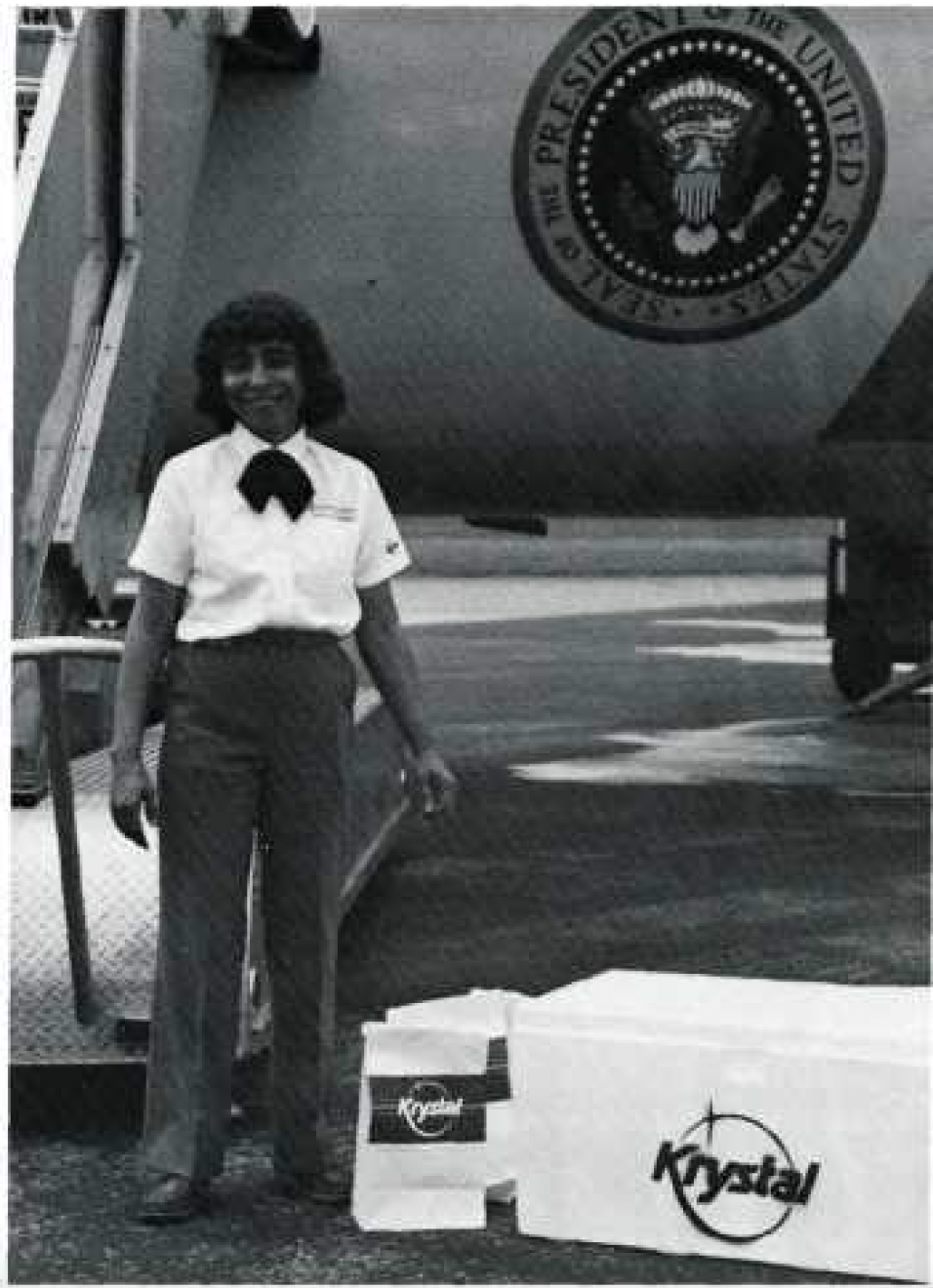 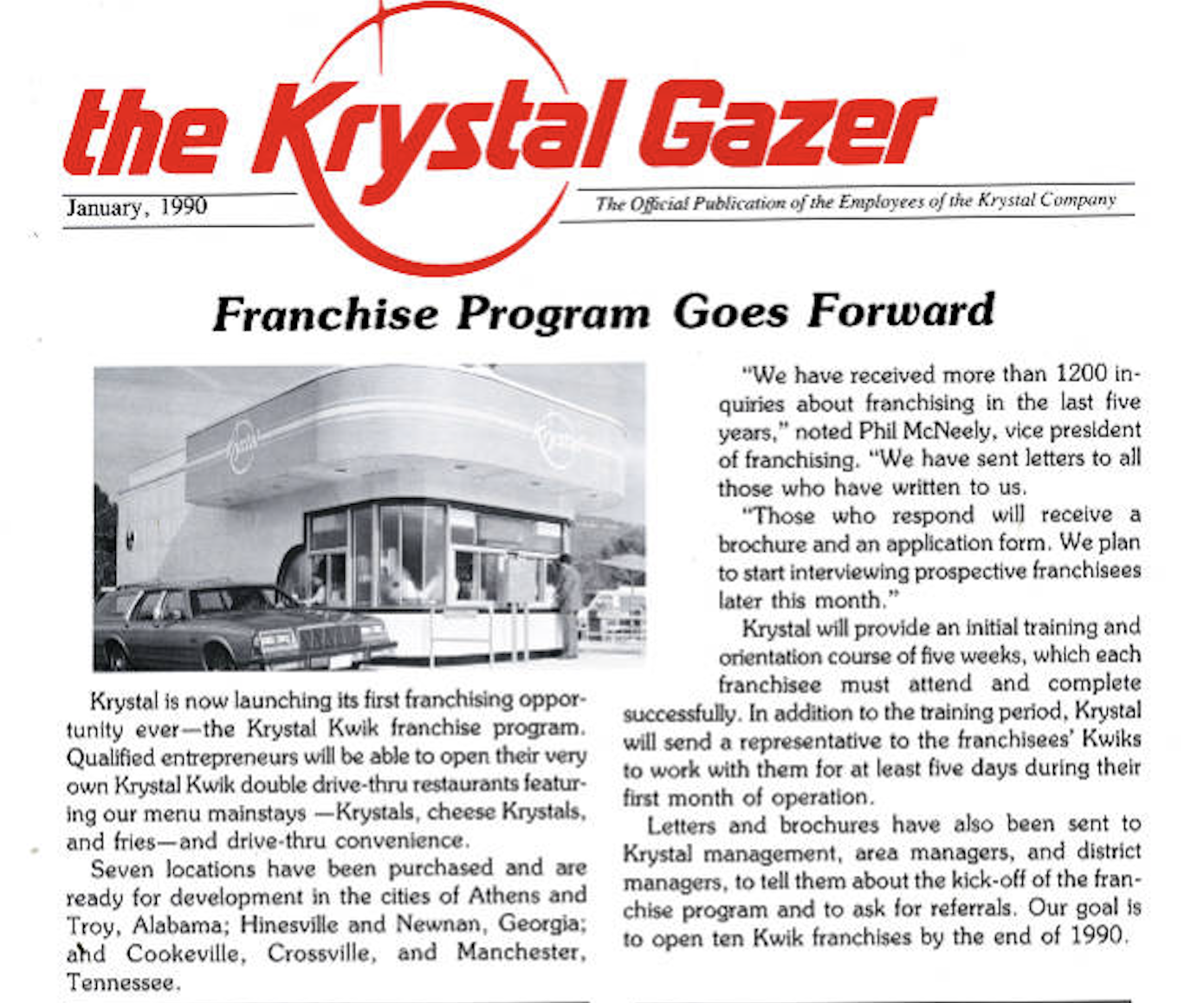 All 243 of Krystal's company-owned restaurants now accept payment by credit and debit cards and are also official "Krystal HotSpots," offering free Wi-Fi Internet access to guests. Many of Krystal's 180-plus franchise-operated locations also now offer the convenience of cashless payment and Wi-Fi access, with more to come. 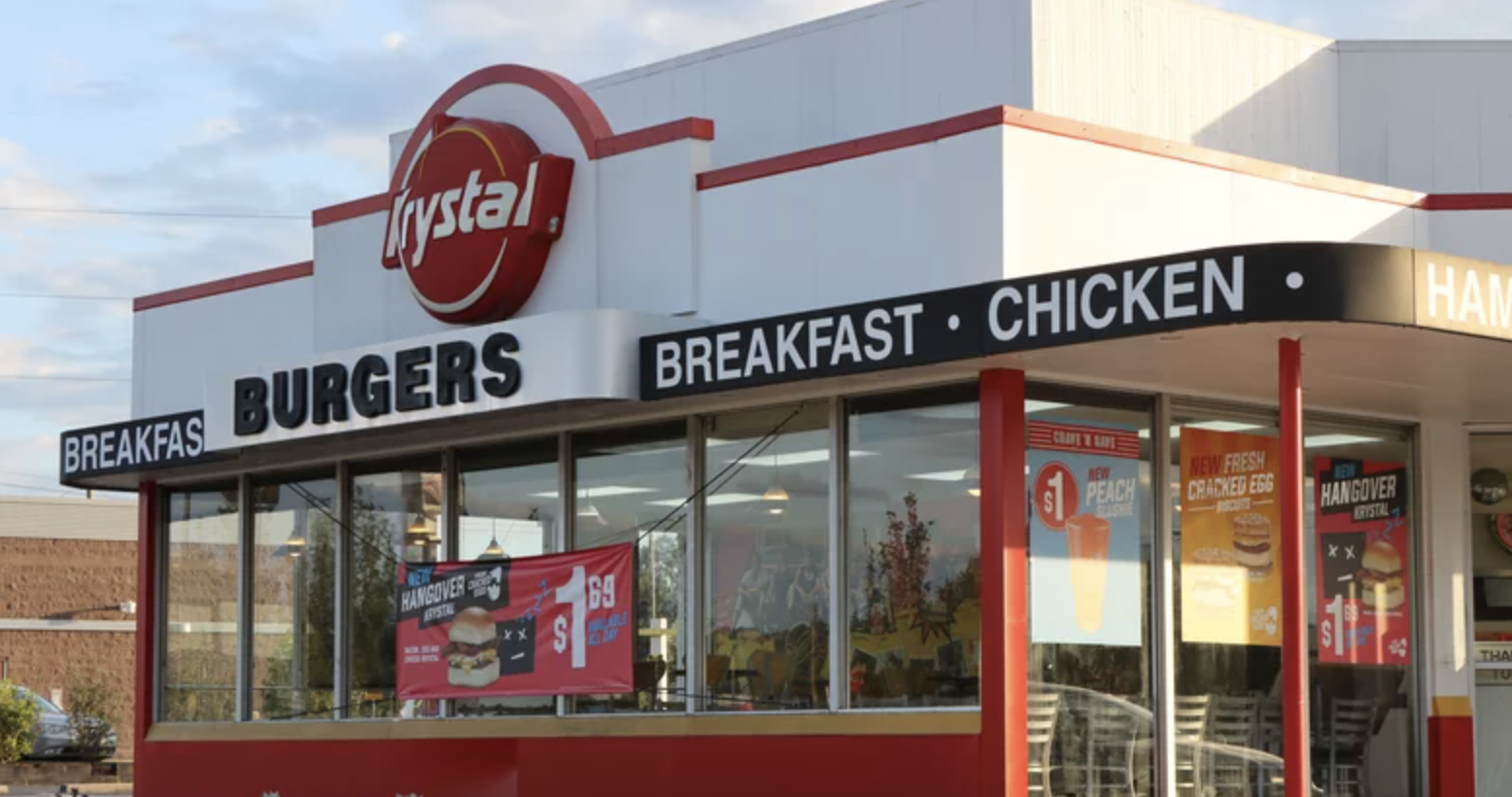 "Krystal Offices Moving to Atlanta" was the Chatanooga Times Free Press banner headline on Oct. 4, 2012. The report said, "One of Chattanooga's best-known corporate icons is headed south. As the Krystal Co. celebrated its 80th year in the Scenic City, executives announced that Krystal was preparing to leave the city. Atlanta-based Argonne Capital purchased Krystal for $175 million seven months earlier. At the time of the move, Krystal operated 350 units in 11 states, the newspaper reported and had 6,000 employees and annual sales of $400 million. There were 20 restaurants in the Chattanooga area, including the oldest location still active today in Cherokee. Boulevard. 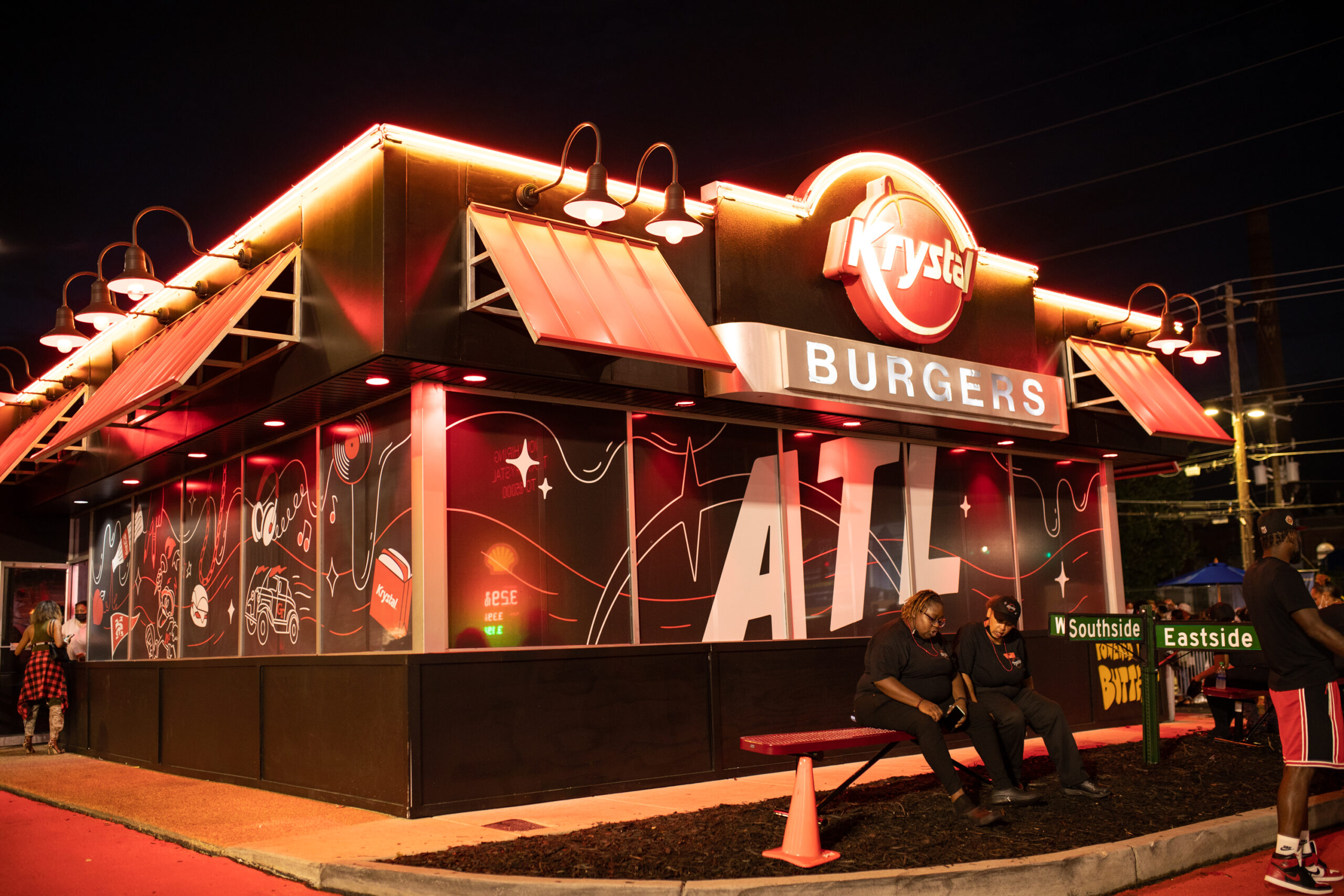 Krystal has been selling burgers for 90 years, and we are proud to say we have sold over 10 BILLION Krystals throughout that time. You heard that right, that's billion, with a B. And we plan on selling 10 BILLION more of the original flavor bomb that made Krystal famous. Those grilled to absolute perfection patties topped with diced onions, mustard, and a slice of dill pickle, all on Krystal's signature steamed bun. 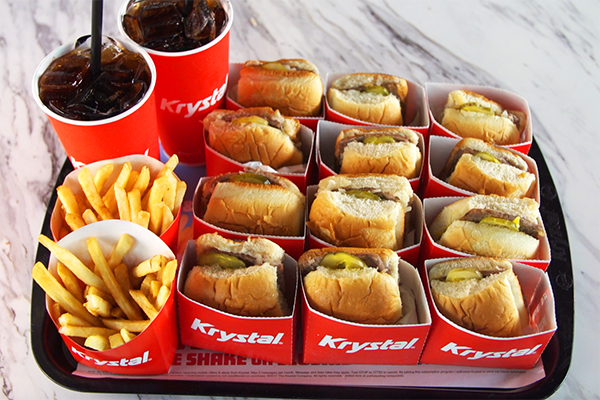